#HuskyRush is a $4,500 incentive rewards program for grassroots marketing to spread the word about recent Husky developments! $1500 in Husky Avax tokens will be given to the ten community members who do the most to generate positive engagement on Twitter. 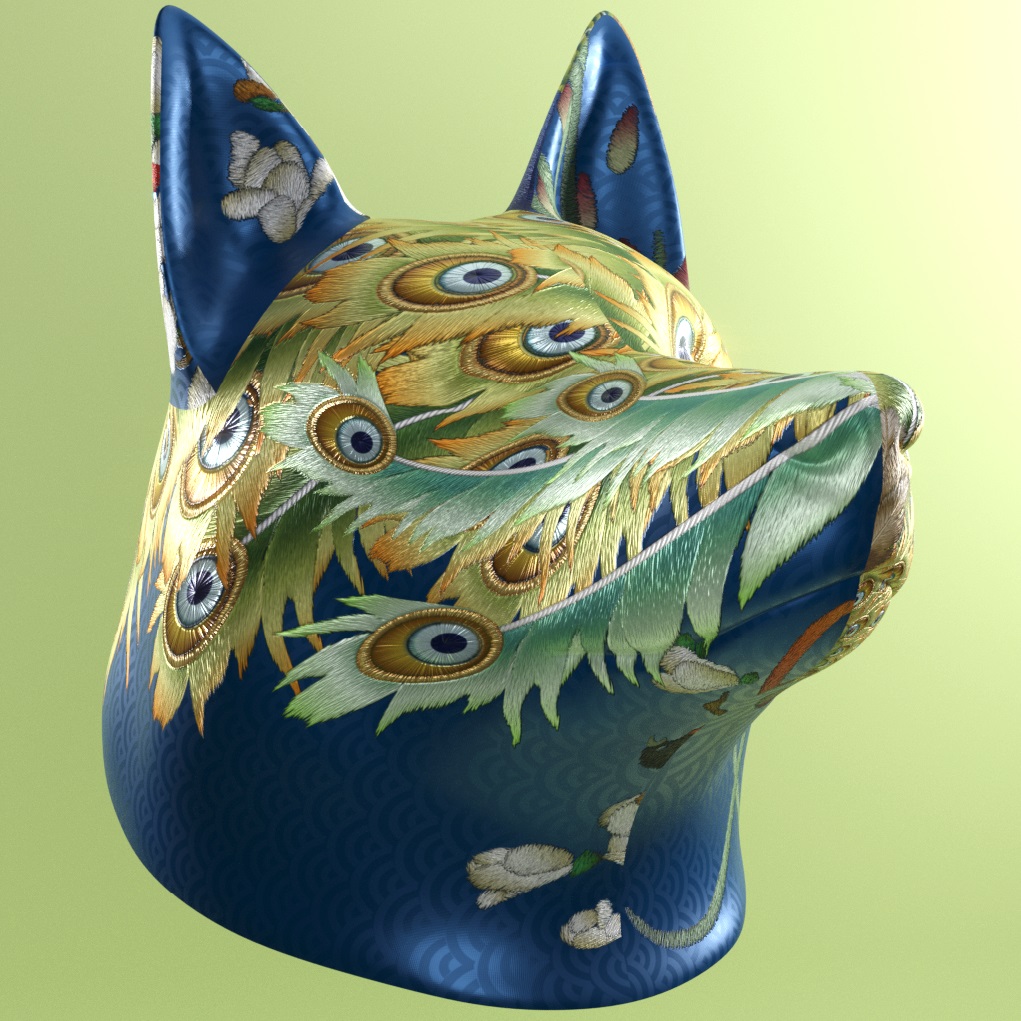 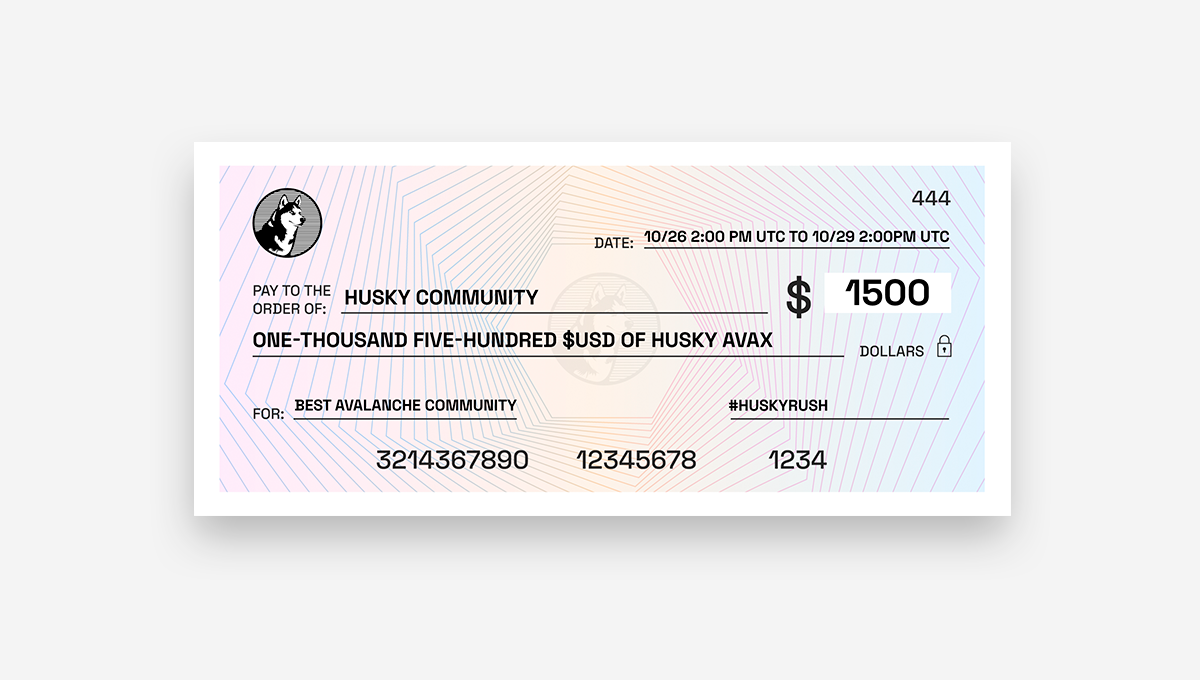 #HuskyRush is a $4,500 incentive rewards program for grassroots marketing to spread the word about recent Husky developments!

As part of #HuskyRush, we have created a Discord marketing fund that has been sent to admins on our Discord channel. These funds will be distributed directly to the community as rewards for positive engagement and the promotion of Husky! There is no time limit on these rewards, and they will be distributed directly to community members through Discord by the Discord admins as they see fit. You can join the Husky Discord by following this link: https://discord.gg/zAsN6tvZ

DM EminFlingüeSirer (@Rovid_20) on Telegram your Twitter name (beginning with @), then make your tweet at least three minutes later. You just need to wait three minutes for the first time, as afterwards he will have your name and be able to check what you’ve done during the event.

Be original! Come up with your best memes, talk about your favorite parts of the Husky project, what it’s like to be a part of the Husky community, and what you are most looking forward to with the project. Mention @AvaxHusky and we’ll retweet the best tweets!

Due to the difficulty of tracking posts and their authenticity on 4chan & Reddit, we have decided to only track tweets made on Twitter. Threads that were posted on 4chan and Reddit since last Friday will still count, but going forward, only tweets will count. Use the #HuskyRush hashtag!

Winners will be selected for their creativity, frequency of posting, and generation of positive engagement on Twitter.

Some developments to mention include:

Husky being a part of the Trader Joe Cultivation Club: https://traderjoe-xyz.medium.com/the-cultivation-club-community-farm-management-4988462d8038

Likes, retweets, and follows do not count towards this event, but are greatly appreciated anyway.

Don’t use negative slang, don’t lie, and don’t spam. The purpose of this marketing push is to generate positive community involvement, so be active, be supportive, and be an ambassador for Husky! 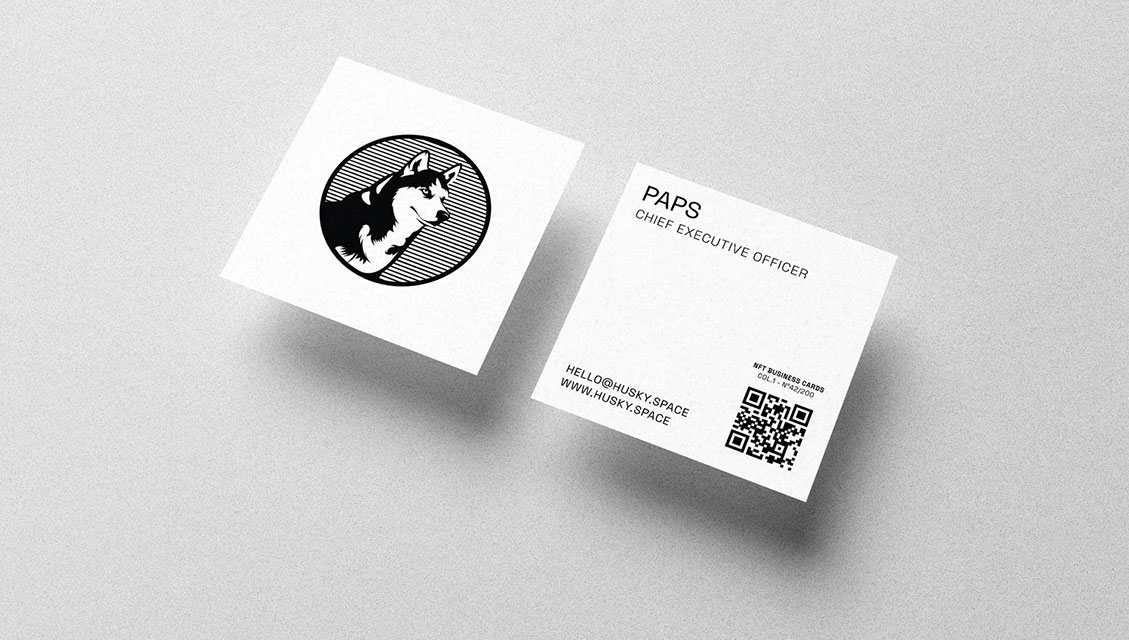 The Husky team is happy to announce the release of the first ever collection of NFT business cards on Avalanche, the Husky NFT Business Cards - Collection 1 specifically created for the Lisbon Blockchain Week. 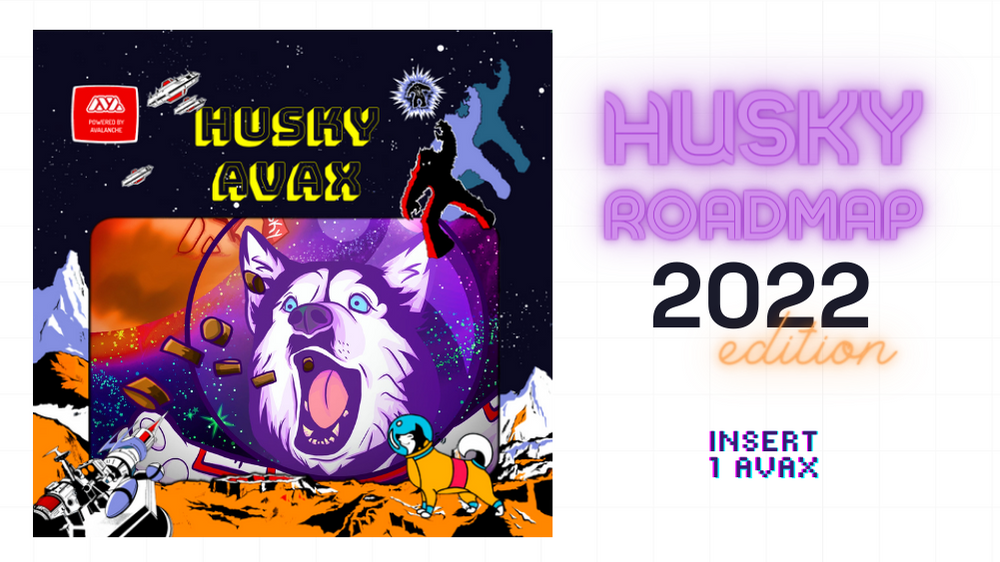 Here at Husky, we are hard at work behind the scenes on many exciting developments for 2022. As always, we appreciate the community support, and are working on new ways to better communicate to our incredible community. We have lots of news to share, so let’s jump right into it!